EEB affirms its opposition to fracking

The General Assembly of the European Environmental Bureau affirms its opposition to fracking and its solidarity with those opposing that activity.

Unconventional fuel extraction through fracking has undergone a remarkable development, in countries such as the US, Canada, or Australia, during the past decade. The environmental impacts related to this activity are multiple (water consumption and contamination, air pollution, noise, land use, methane leaks, etc.) and have provoked considerable public opposition around the world, as new cases of contamination and impacts on the environment and on the health of people and livestock come to light.

The search for unconventional gas and oil implies continuing with an energy policy based on fossil fuels. The International Energy Agency admitted in 2012 that two-thirds of proven fossil fuel reserves must be left underground, if the international community wishes to comply with scientific recommendations on not exceeding 2º C before the end of the century. Therefore, to keep looking for additional fossil fuel reserves (unconventional gas and oil), which are also less accessible, more expensive to obtain, and of poor profitability in energy terms, cannot be regarded as a step in the right direction.

Attempts by the fracking industry to settle in Europe are encountering strong civil opposition, which tries to make it clear that fracking does not enjoy “social licence”. Such opposition is reflected in the adoption of moratoria and prohibitions at local, regional and national levels. The industry is trying to take legal action against such prohibitions and to armour-plate its interests in the trade agreements the European Union is negotiating with other economic partners. Public opposition is being, in some cases, criminalized and subjected to harassment.

For all the above reasons, the EEB:

Thanks for participating in Andinia blog! 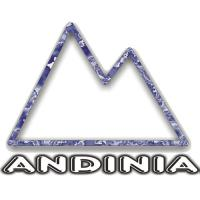 The Blog for outdoor sports, nature and adventure enthusiasts.